Eldorado, Wisconsin was the first stop on the Marshline Subdivision heading west from Fond du Lac.  On the western edge of the Eldorado Marsh this unincorporated town has two industries both of which are agriculturally based.  The Eldorado Feed Mill and the Eldorado Co-Op are the two businesses that were rail served.  See the picture below from the Chicago and Northwestern Historical Society of the Marshline in 1982.  Photo by Bob Baker.

These two businesses are still there to this day serving the surrounding community even though all of their commodities are shipped by truck.  Below is an aerial photo from 1975.  The box below shows where the Marshline came through Eldorado and you can see the Eldorado feed mill on the North side of the tracks with to cars spotted.  The Eldorado CO-OP is on the south side of the tracks in the bottom left part of the box.

The pictures below illustrate what’s left of the Rail served industries in Eldorado.  Now its a rest stop on a recreation trail between Fond du Lac and Rosendale. 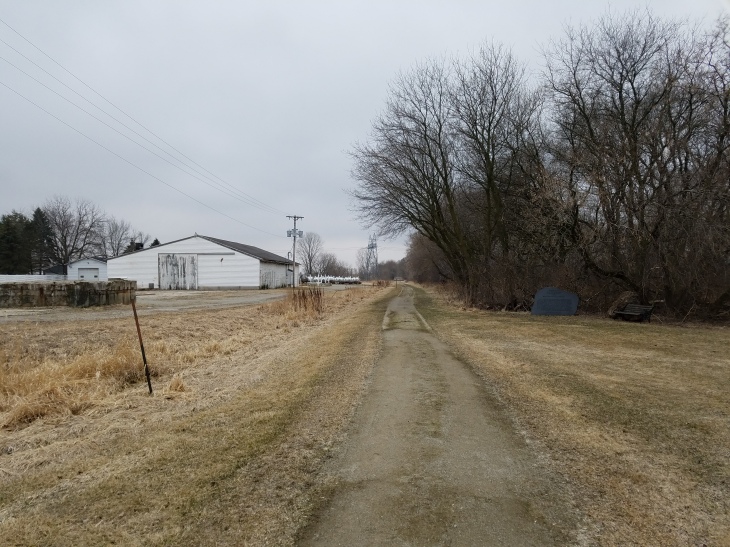 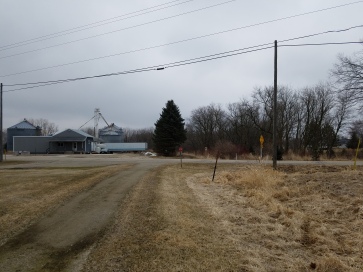 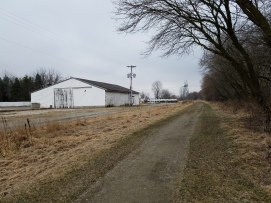 Here is a mock up of Eldorado if it was an 8 foot Free-Mo module.